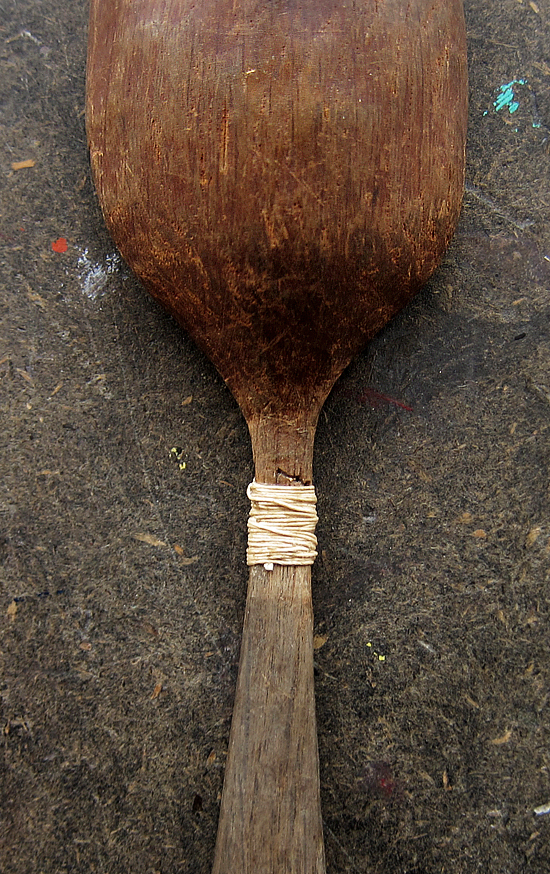 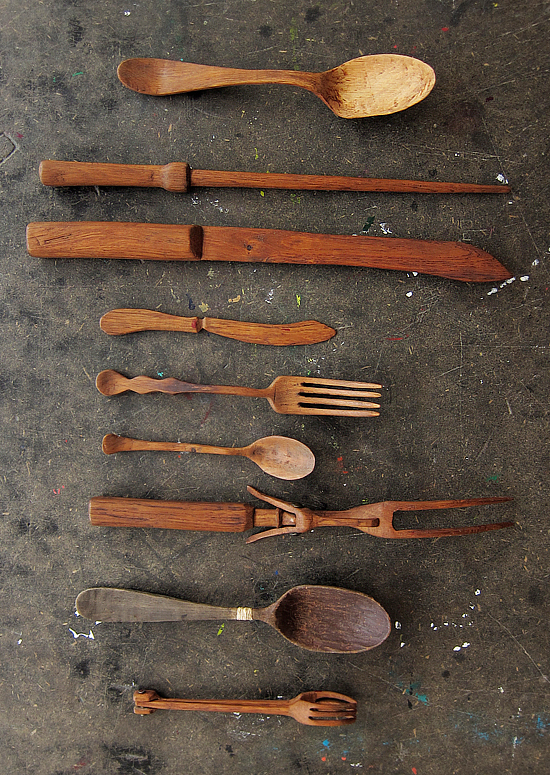 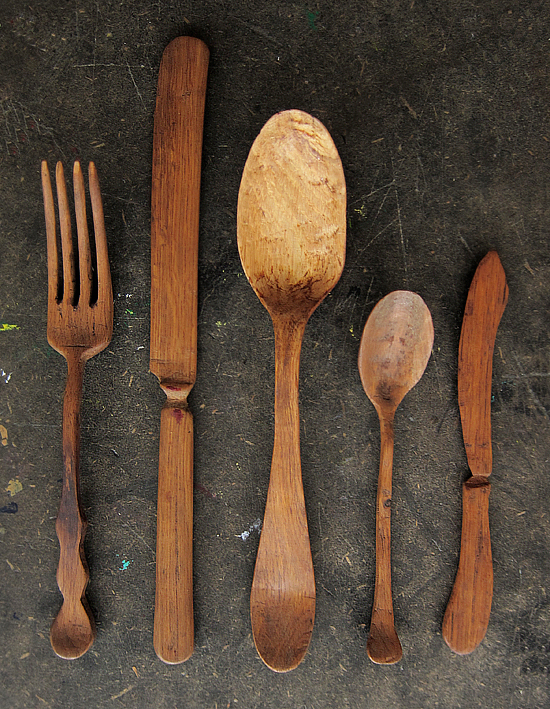 My friend Dave has many heirlooms in his family. I, on the other hand, have almost none. I’ve also known Dave for well over 25 years, so whenever he pulls out a box and casually says that I should see what he’s dragged out of storage, I know enough to pay attention. So, this day I am visiting and he comes over to his dining table with a box that should properly hold a board game. He thinks I should take a look at what’s inside. And boy is he right. The box is filled with these incredible hand-carved utensils. We marvel at the detail and the odd way in which the carver has copied tools that are more typically made out of metal. Specifically the hinged meat fork and the wooden tongs. I delight in the spoon that has white string wrapped around its neck. We speculate that it’s in place to secure a break. He’s got a vague idea that a relative, maybe an uncle, was responsible for the handiwork. But he’s not sure. So, he asks his father. This was his response. Which I find charming, and proper and old-fashioned in its manner of speech.

Re the carved utensils:
Uncle Tom Bendell was married to a cousin of Grammy Ida’s. He was an architect by occupation, but a consummate artist by ability. Mom always referred to Tom’s daughter as El Bendell, a teacher by education, but outstanding guidance counselor by happenstance. You may remember a baby’s cream colored “dresser” that came through every Williams move and now sits in our storage area. Uncle Tom made that for El, I think, El never found another love to replace her man who had gone down in flames so she deeded it to Mom. Tom was as sweet a man as you’ll find, according to Mom.. He was taken early by cancer at something like 55-60. Some of Tom’s art work are on walls here, but it would take some Holmesian deduction to know which they are. Love Dad.