Better than any museum or guided tour of Montreal was our visit to a really big industrial glass factory. We’re talking production of 500,000 beer bottles in any 24 hour period. This doesn’t include the liquor bottles, mayonnaise jars or other glass vessels that get produced at the same time. I’ve been to a number of factories (glass in particular), but this place was outright SCARY and DANGEROUS and LOUD and GREASY and BEYOND FASCINATING!! I think the word I am looking for here is gobsmacked!

Friends of friends of ours live in Montreal, and the husband works on the line in the factory. He very generously showed us around to every station of the plant. Truly, this was one of the most incredible experiences I have ever had. I do wish the videos were longer and that I could have taken more footage, but I think that would have broken the rules. What really stuck with me was the level of extreme hazard. I’m talking weaponized molten glass! We have come to think of factories as largely automated or adhering to strict safety measures, but this was anything but. One false move and WHAMMO…there goes your finger or your hand or, for that matter, your whole freakin’ arm. And this doesn’t even begin to address the slippery floor. All those machines need lubrication, and it’s inevitable that in the process of doing so, all the other surfaces get covered in many layers of black oil. It immediately brought to mind the book Fast Food Nation, in which the writer Eric Schlosser describes conditions in our nation’s meat packing industry. I have an entirely new level of respect, and concern, for anyone who manufactures the things we use. Especially at an industrial scale. As a contrast to my experience, look at this sanitized, but highly educational video of the glass making process.

Did I mention how hot it was? 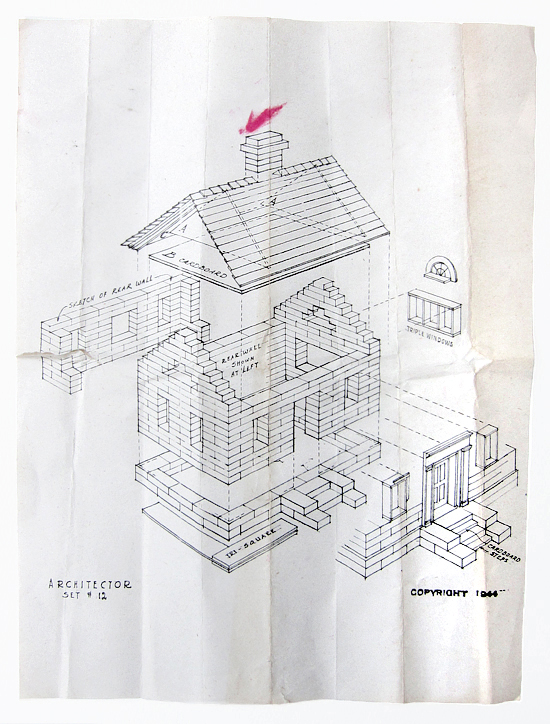 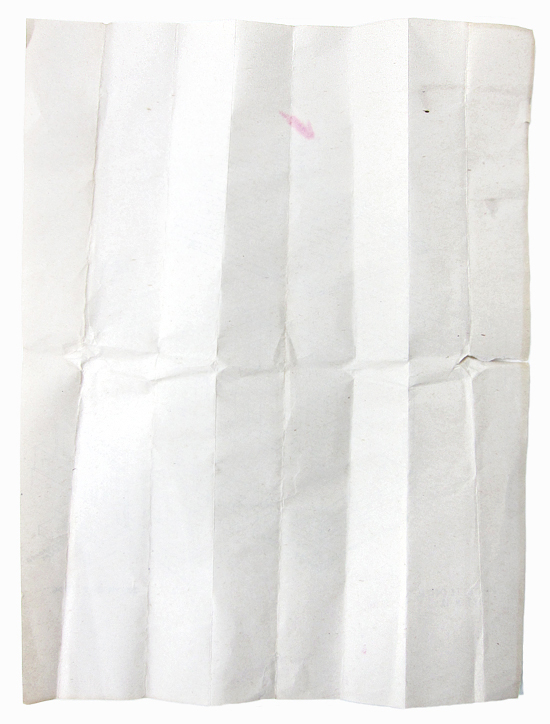 Sometimes the smallest things grab your attention. When going through the mountain of paper at my mother’s house I came across this tiny folded piece of paper. It was an orphaned set of instructions to a long-ago lost Architector Set #12. The copyright says 1944. I searched online for any reference I could find but came up empty-handed.

Update: I did discover, thanks to Paul (see link in comments), who found a set on ebay, that the Architector Sets were designed by professional architects to encourage young people to pursue that field of study.

architecture, ephemera, family, how to, things we make

His Name was Pablo. 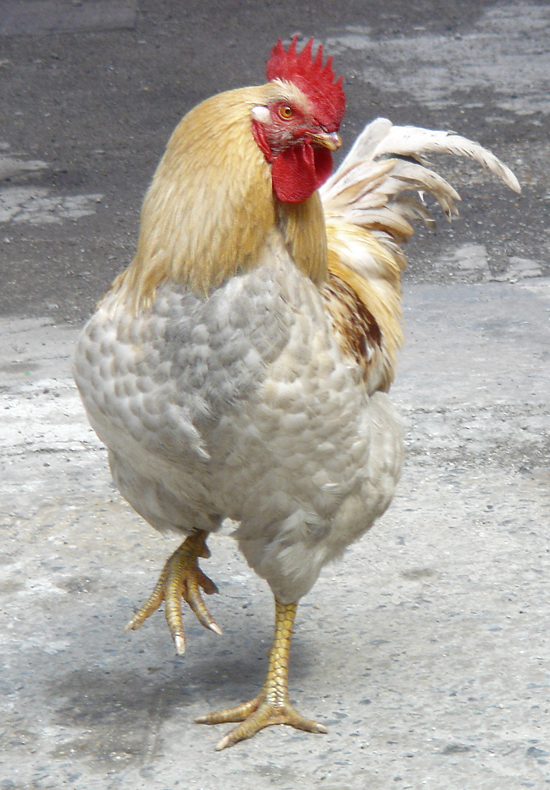 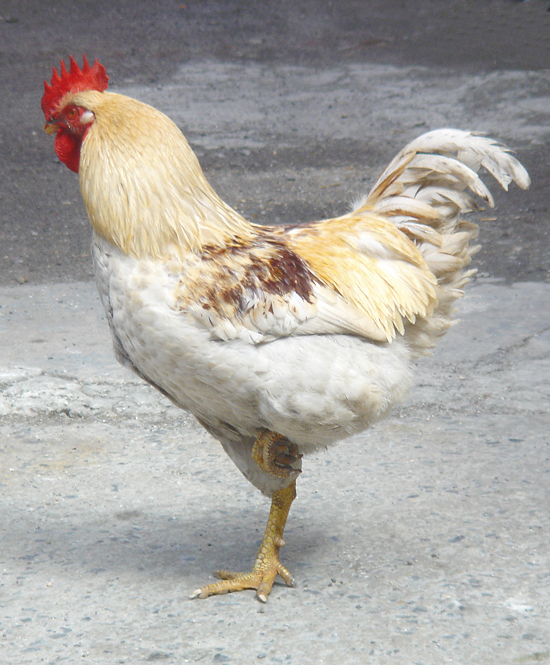 I don’t want to be one of those people who talks incessantly about the good old days of NYC: before Giuliani cleaned up 42nd Street, when the definition of “hipster” made reference to the jazz era, and you probably took your passport on a visit to Brooklyn. Just in case. BUT, I was going through my photos the other day and came across these two portraits of Pablo the Rooster. He lived on the Lower East Side close to Canal Street. He had free reign of the alley that ran between two buildings. I know, from a reliable source (and to my great relief!), that he wasn’t part of a Cockfighting ring. Better yet, he had plenty of hen friends who shared his 100 square feet of pavement. They even had a nice little grassy spot where, on any given day, they could be found digging for bugs. So, while I know there are lots of good things to be said for urban development, and I certainly wouldn’t want to be woken up every morning by his crazy loud crowing, I still miss the good old days when you could be walking along in Manhattan and come across a rooster just running free on Ludlow Street. 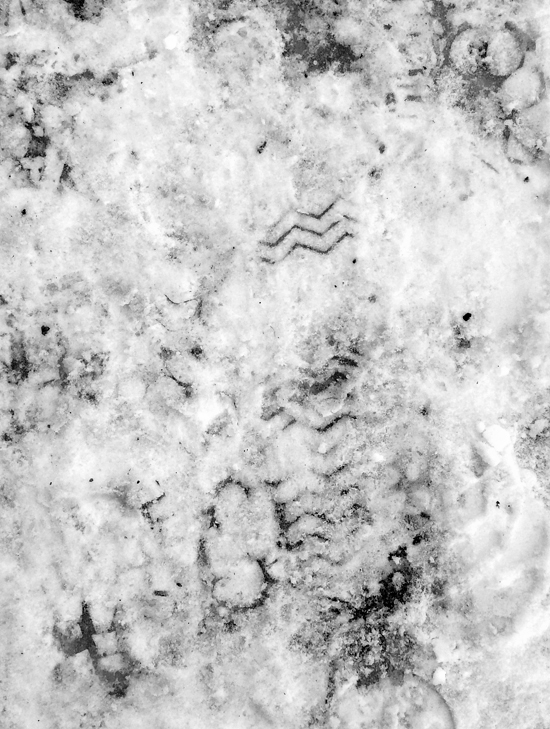 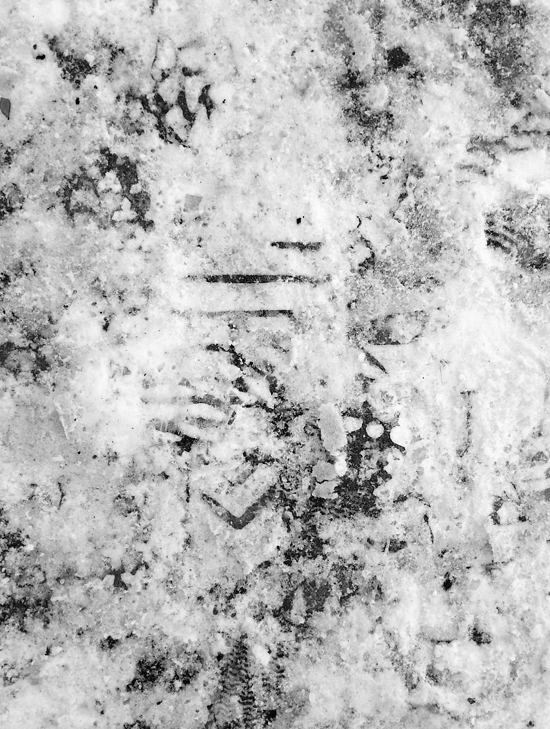 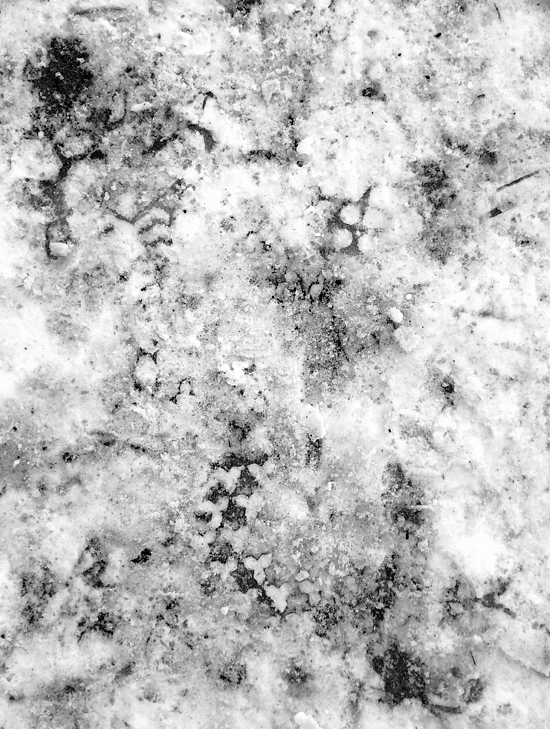 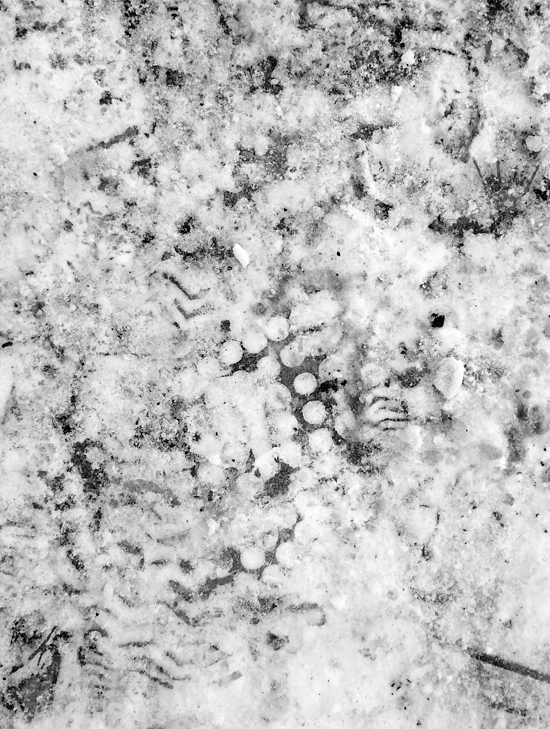 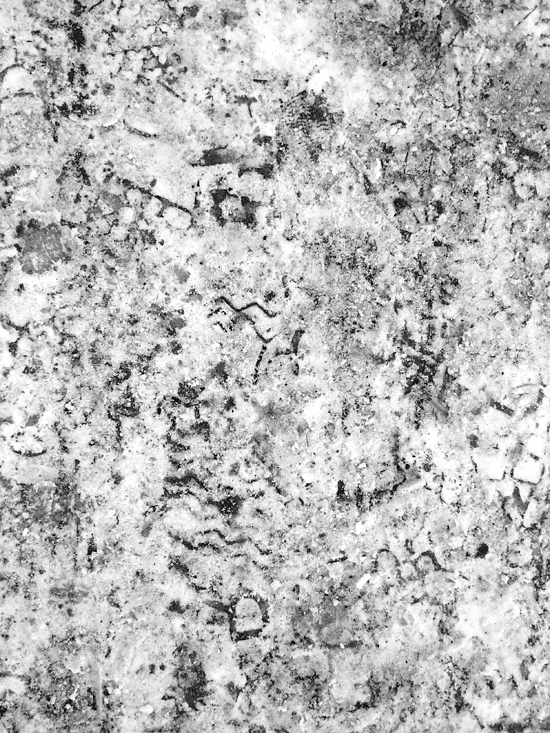 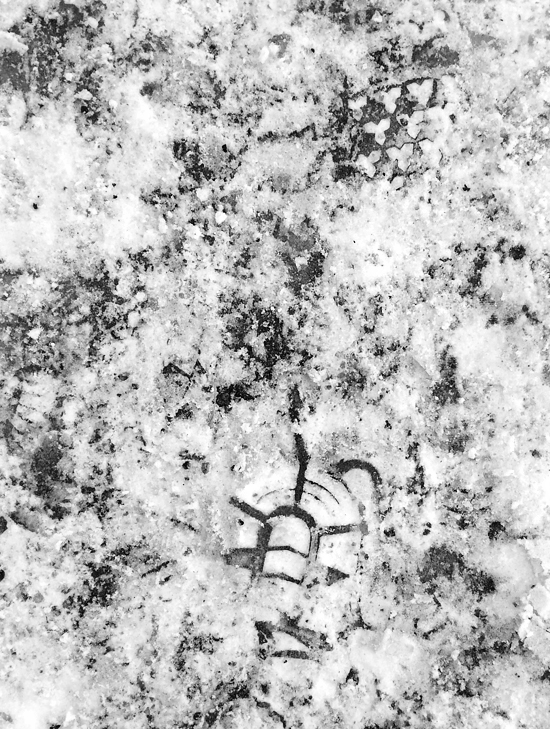 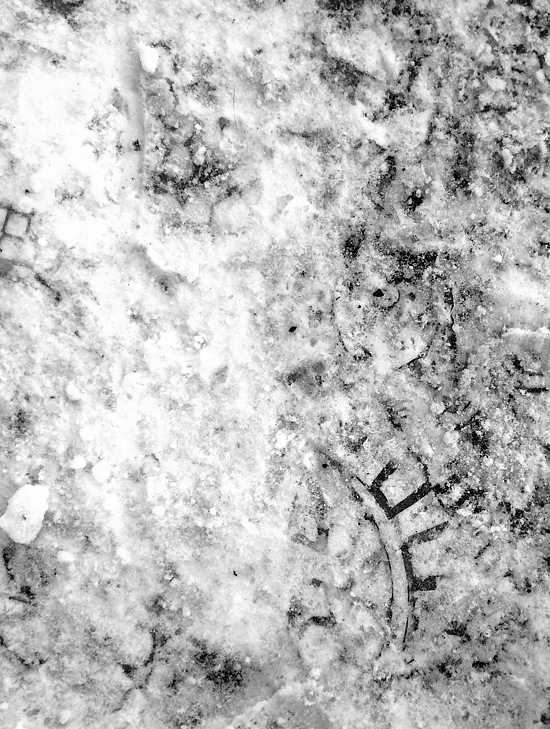 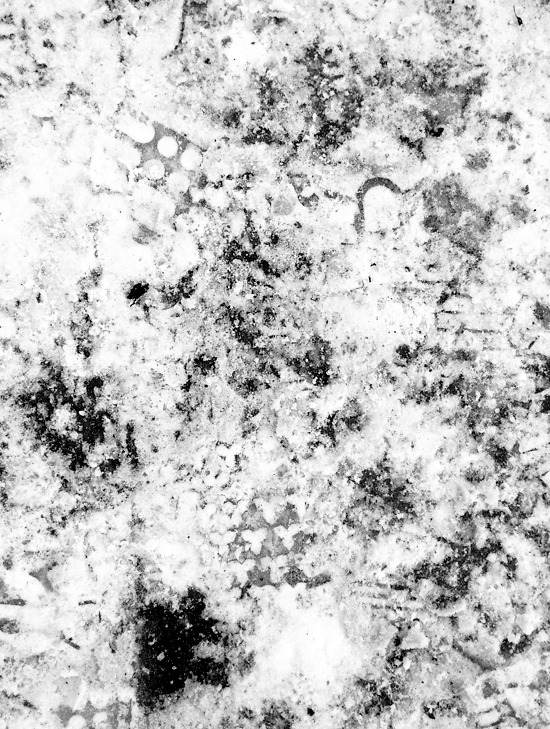 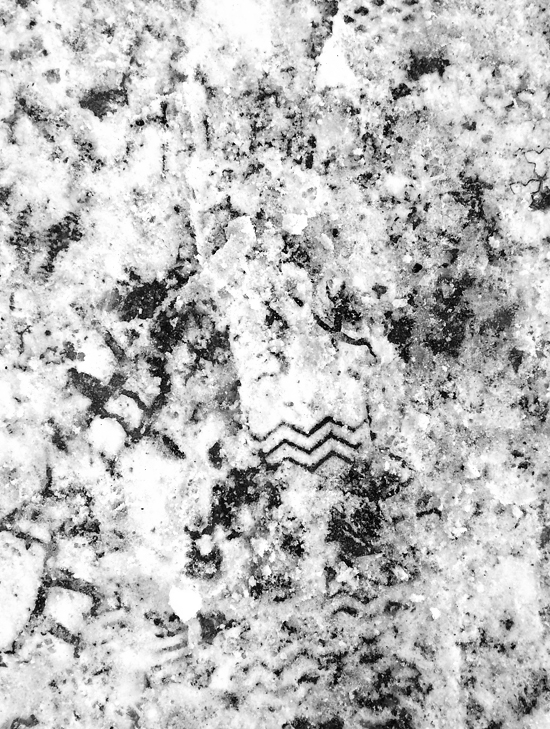 P. and I went north for Thanksgiving. Way way north. Specifically, to Montreal. I still can’t believe that neither of us had ever been. My question is, what the hell took us so long? One noticeable difference between NYC and Montreal is that the sidewalks there are caked with snow and ice, and walking becomes a little more treacherous as a result. Instead of taking pictures of all the great signage and architecture, I had my head down (not the entire time, just for this little stroll), making sure my every step landed where it should.