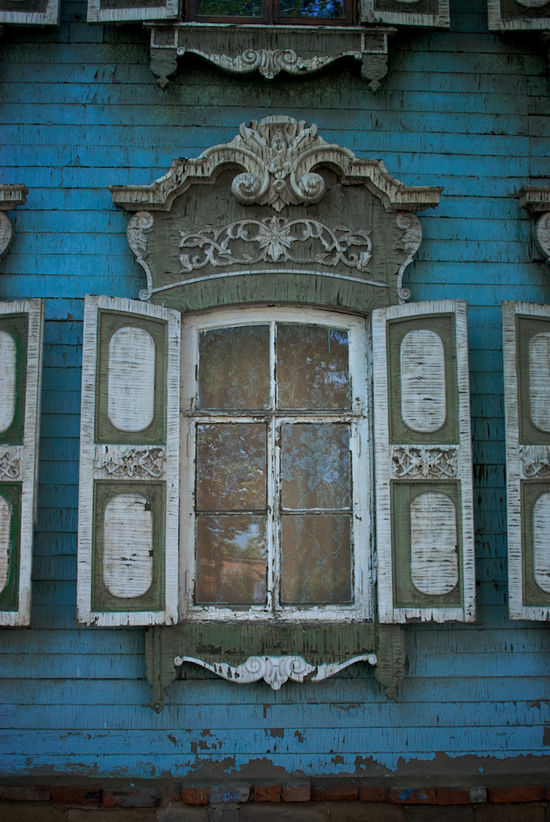 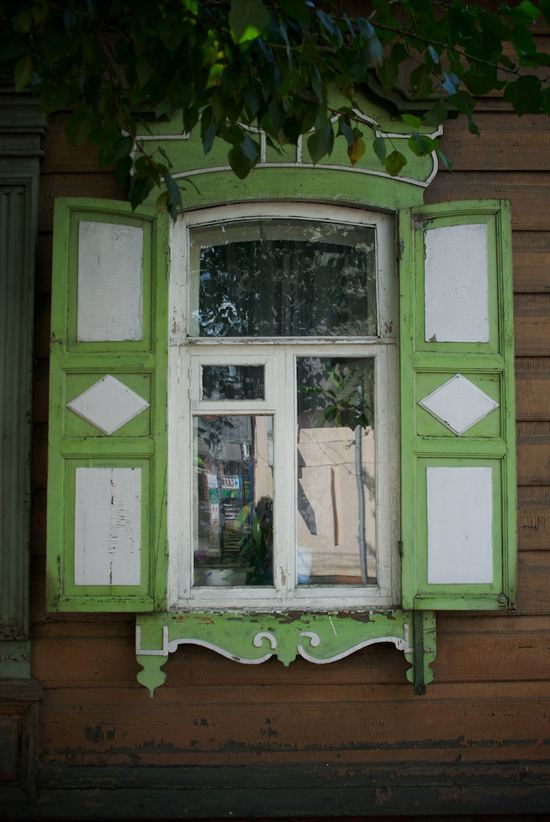 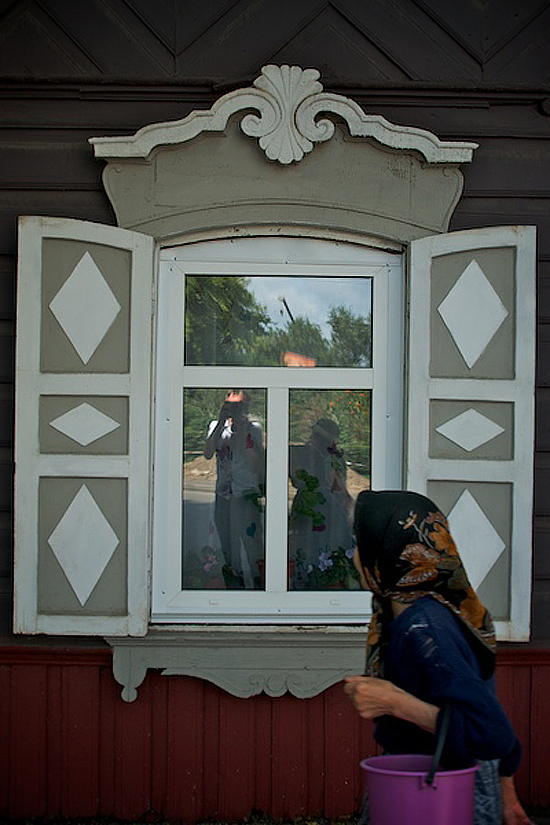 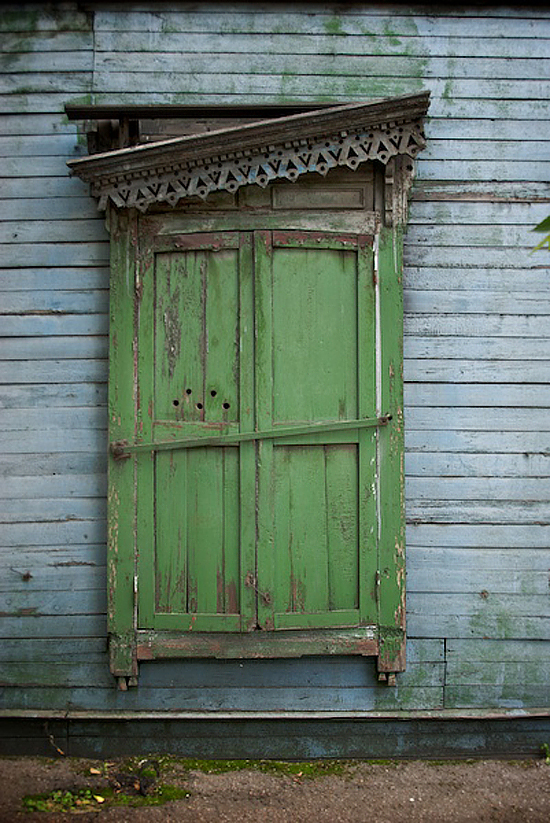 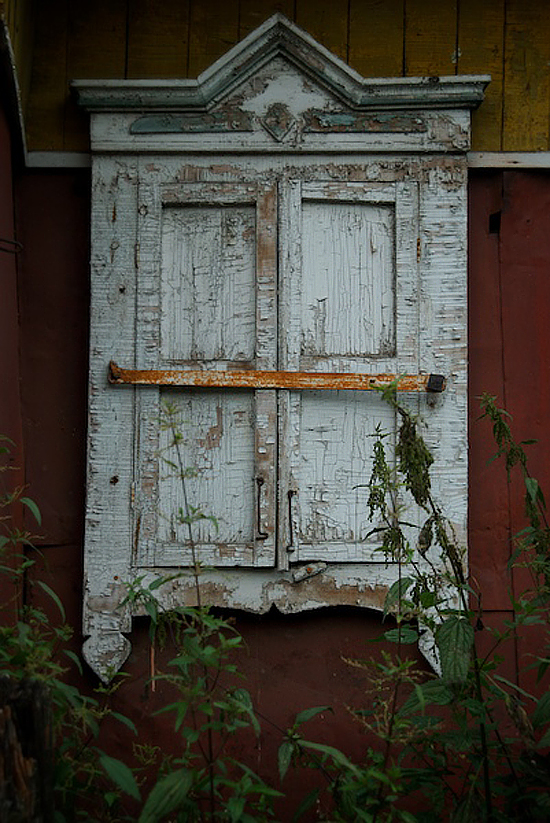 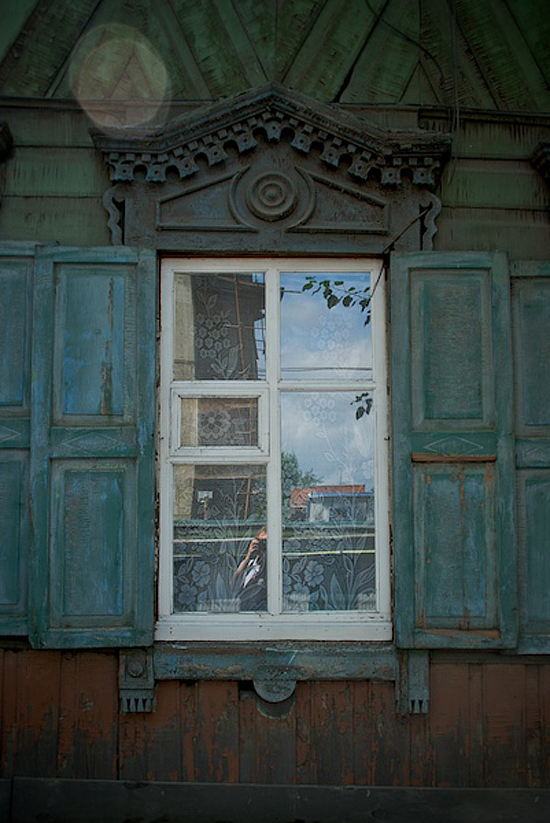 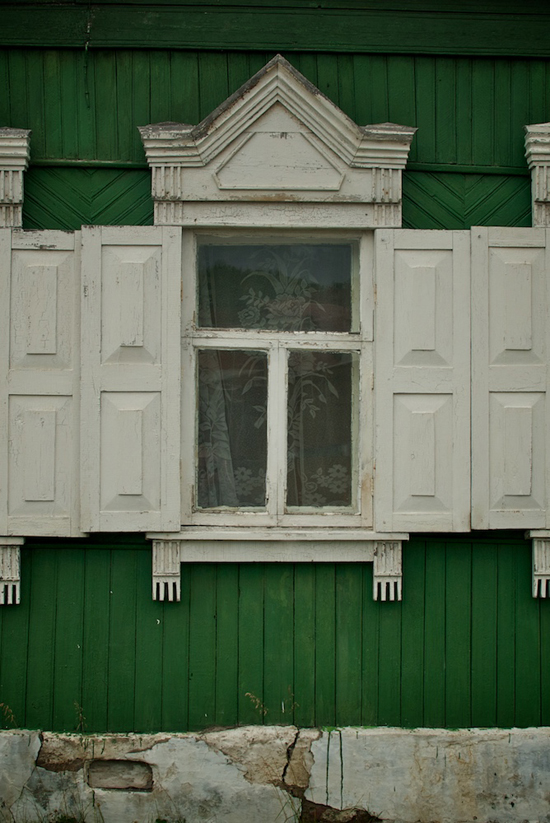 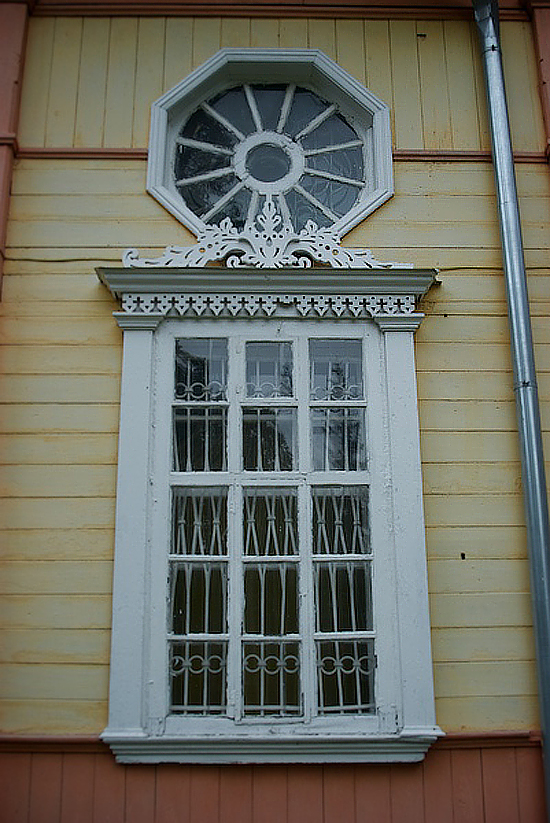 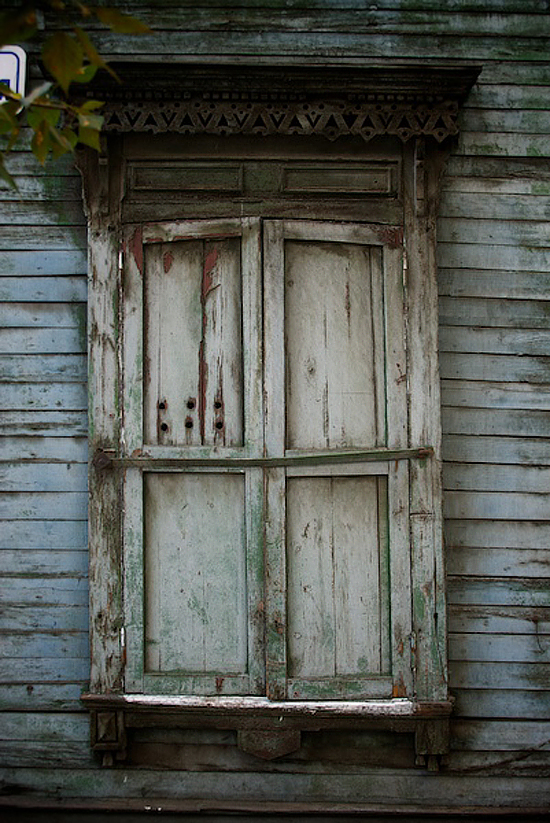 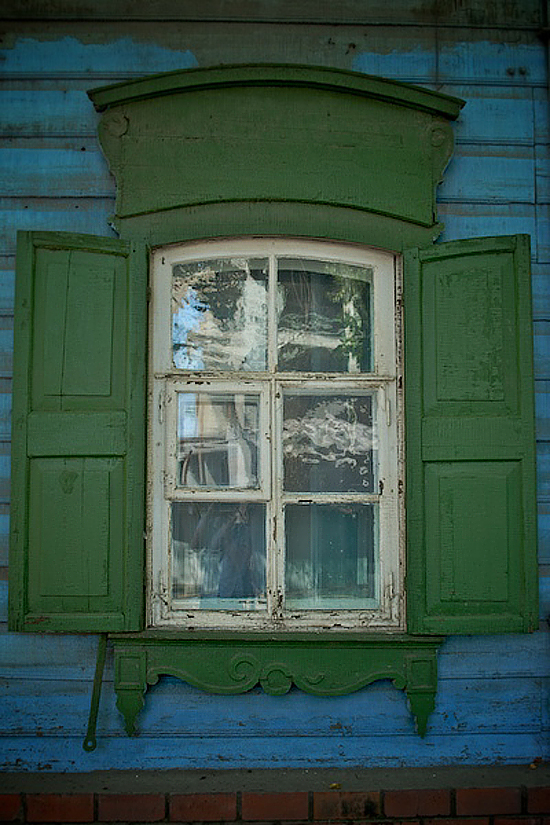 Dave Gilligan (a very talented photographer and graphic designer) and his new bride were not your typical newlyweds. As he tells it, they didn’t want to go on a typical “sun holiday” so instead opted for a far more interesting honeymoon on the Trans-Mongolian Railway. These photographs of windows were taken in Irkutsk as well as around Lake Baikal. Apparently, all the windows are painted a shade of Green, White or Blue to hopefully ward off evil spirits. Each and every one seems to me like a small fairy tale. If something about these images grabs your imagination, there are two books on Siberia that I would highly recommend reading: Colin Thubron’s In Siberia, and Ian Frazier’s Travels in Siberia, which was released only just last year.

I love these! They appeal to every decorative bone in my body.

dude, your site is so fucking inspirational. you were born to do this. damn.
thanks man. it’s like getting to be with you. but it makes me miss you more.