A real ad from Craigslist in SLO (Saint Luis Obispo). Thanks Sandy for sending it my way!

I tried so hard. I dated a girl from Portland. I criticized cheese. I applied the term artisanal to every inanimate object that went in or on my body. I burned and singed my forearms just to make it look like I was going to culinary school. I grew Carol Brady hair. I got itchy from the finest flannel and I cut off circulation from the waist down with jeans that made my ass look like an elevator button.

No more. It’s all gotta go. The hair, the macrame, the texting overages, the Netflix and Hulu Plus. The record collection (have you ever tried to box up and move an effin stack of LPs?!) . . .and the bike. Pictured below is the bike. It’s beautiful. It’s got red rims. Red chain. Red tires. Red handlebars shaped like devil horns — because it’s the devil.

The guys at the hipster store don’t tell you fixies don’t stop. So I will. Fixies don’t stop. Stop sign? Fixie don’t care. Car coming turning in front of you at a three-way stop? Fixie laugh. Want Chipotle? Nope. Fixie want protein powder/beet/purple carrot/bee pollen juice and won’t stop till he gets it. Fixie has a mind of his own.

Yesterday, Fixie got pulled over twice by SLO PD in three hours. In six months time, Fixie collected more tickets than a scalper for a Radiohead show at Hollywood Bowl.

I’m selling this badboy and tipping the dregs of my last PBR tall boy in his memory. 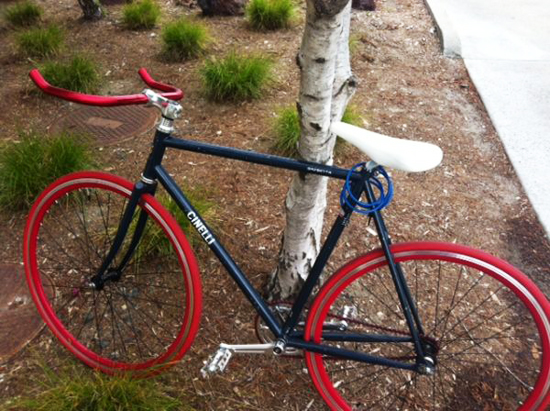 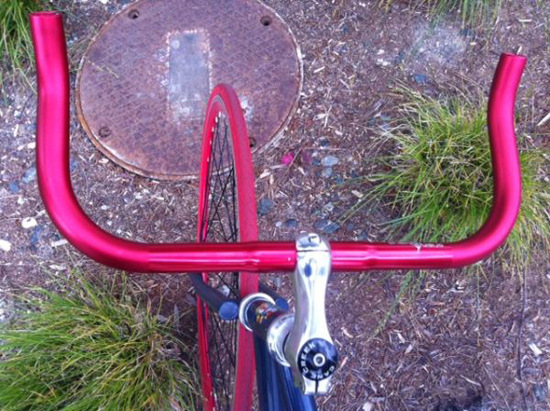 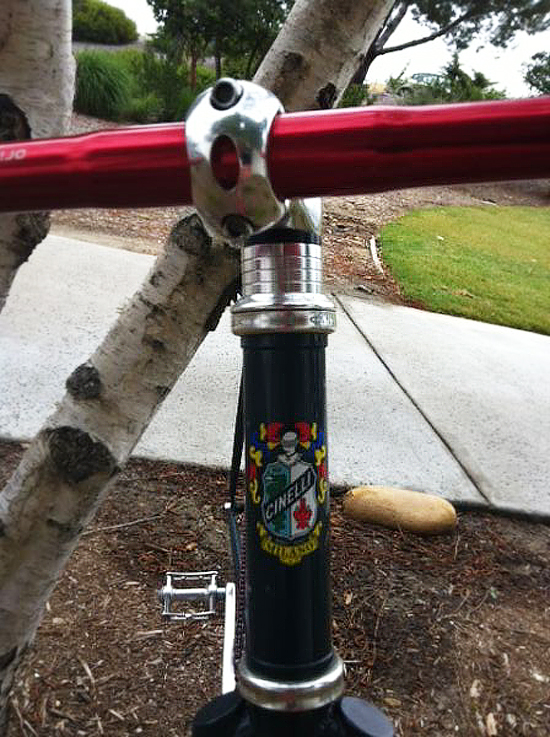 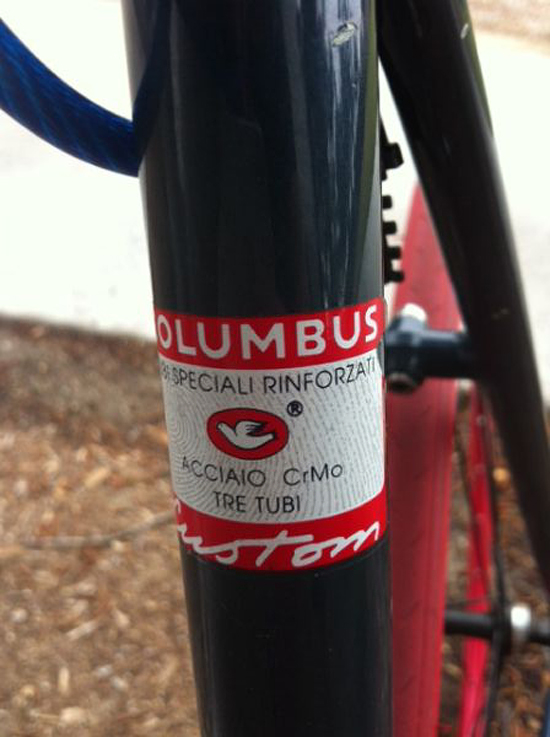 BTW, a Fixie is a fixed-gear bicycle.

I sense the beginning of a meme

This is funny. Engine braking is the most efficient way to stop a bike especially if it’s very wet and rim brakes don’t work. Of course, that’s assuming you know how to ride that thing properly. Just sayin.

Just put a brake on it? And/or, change it to a freewheel if you want. You may have to change the rims for the brake. Also that cable lock? I could cut it with my nail clippers. Get a decent Krypto or Knog lock for goodness sake. This Portland girl thinks you’re silly for selling it off instead of modifying it. But well written.

I think they’re silly, sorry, not you.

brakless and no foot retention? no wonder you can’t ride the thing, fool.

Please let me know if you’re looking for a article writer for your site. You have some really great articles and I feel I would be a good asset. If you ever want to take some of the load off, I’d love to write some material for your blog in exchange for a link back to mine. Please send me an e-mail if interested. Thanks!

[…] Fixie bike for sale ad…SO FUNNY, you can’t not laugh * This before and after house makeover is insane * I love […]

[…] Fixie bike for sale ad…SO FUNNY, you can’t not laugh * This before and after house makeover is insane * I love […]