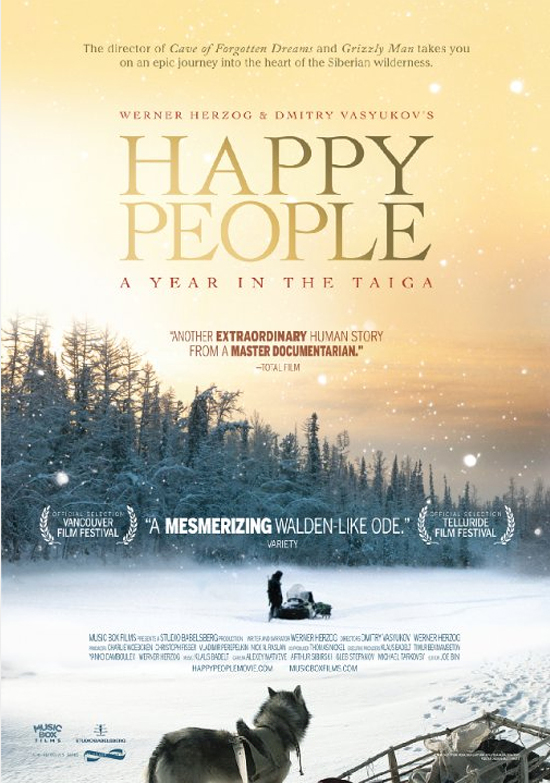 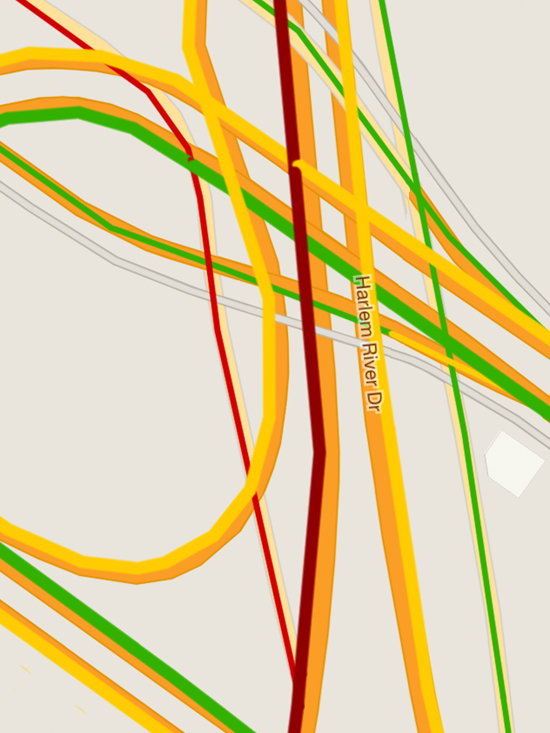 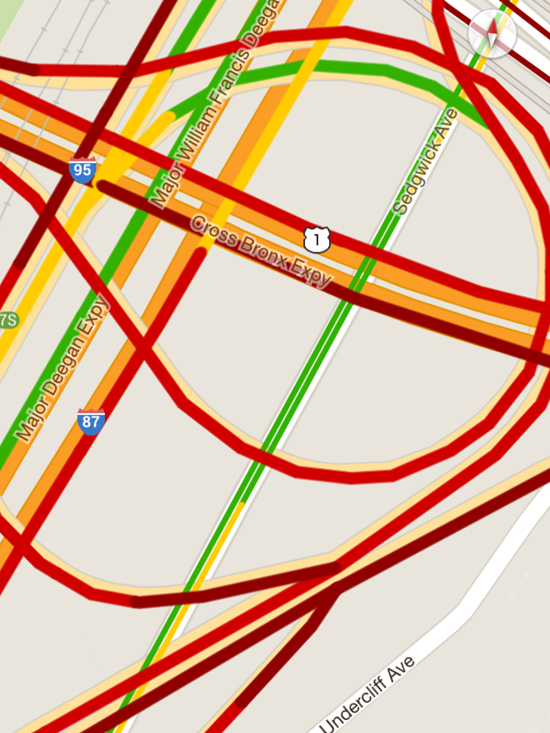 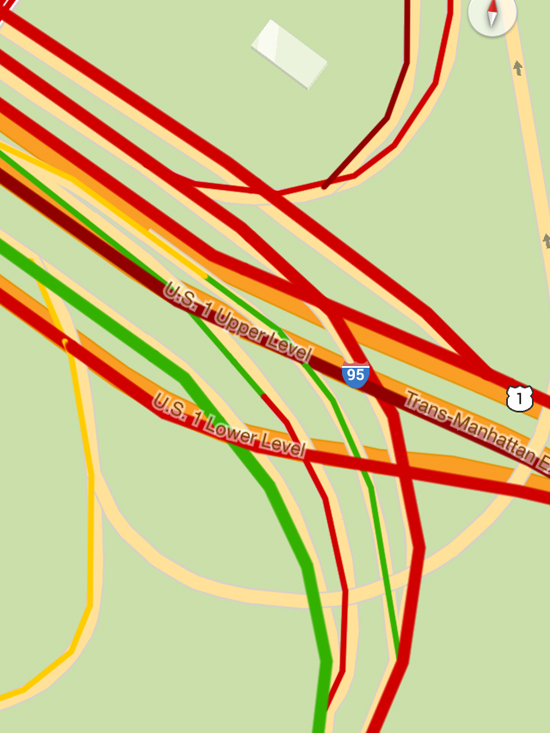 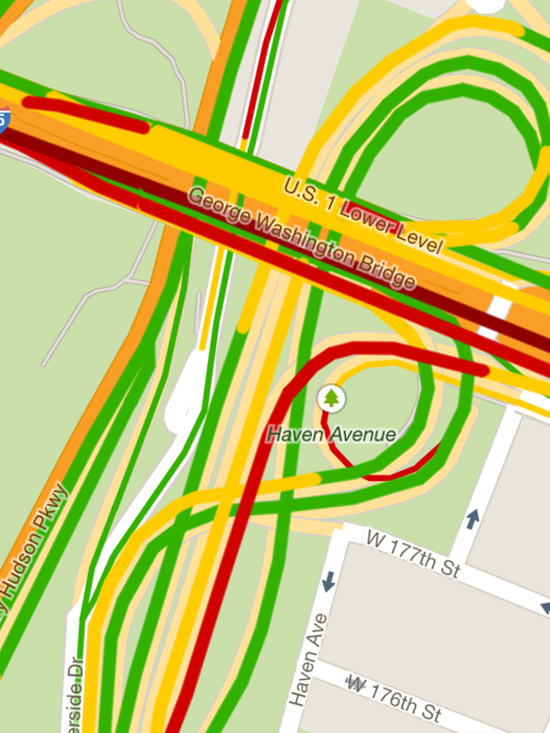 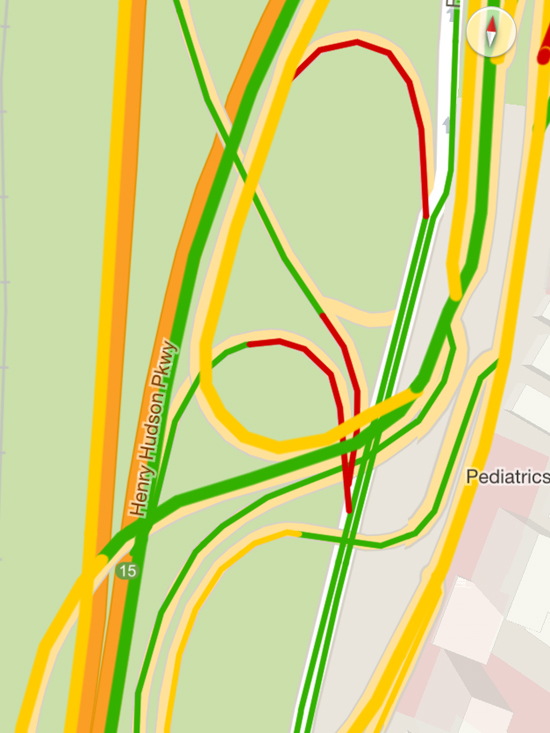 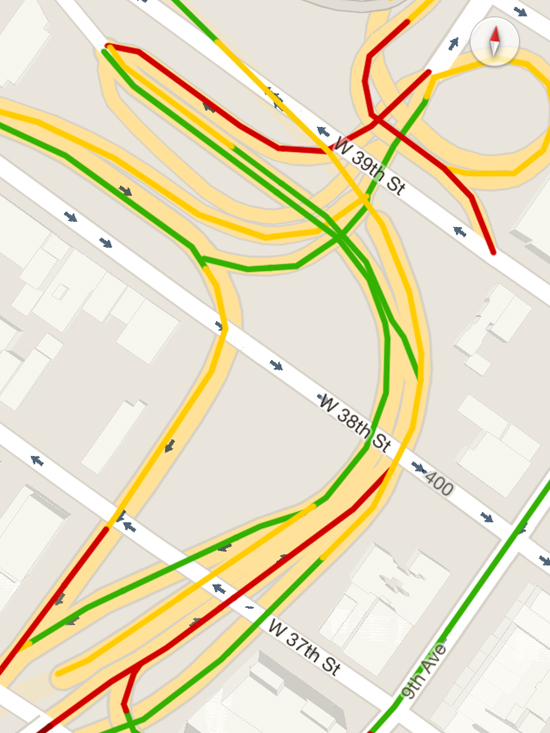 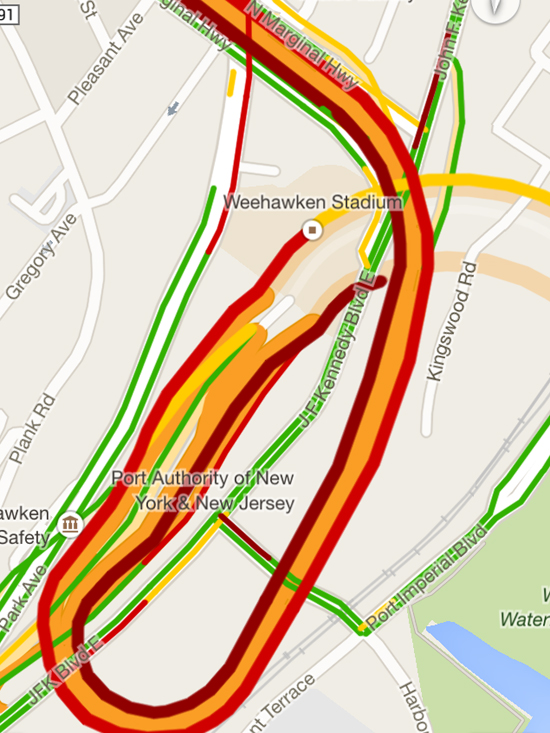 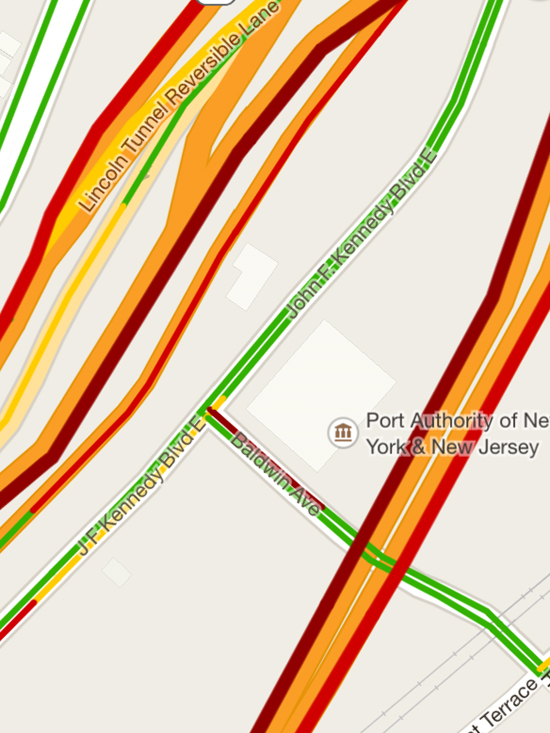 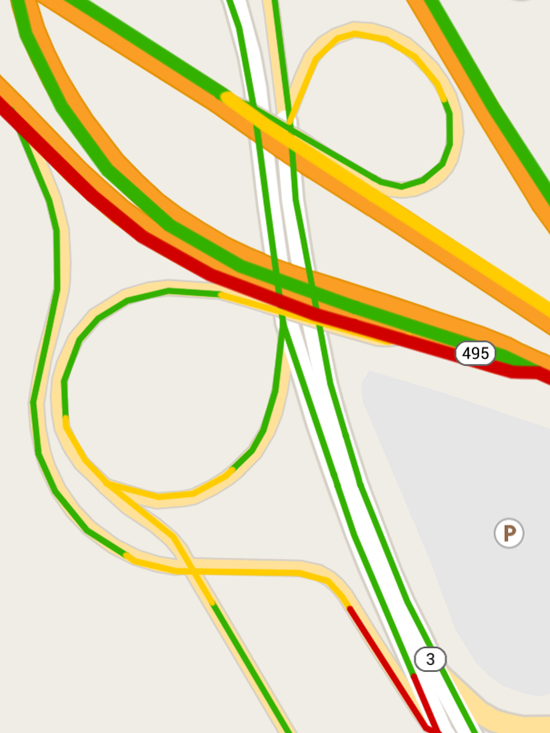 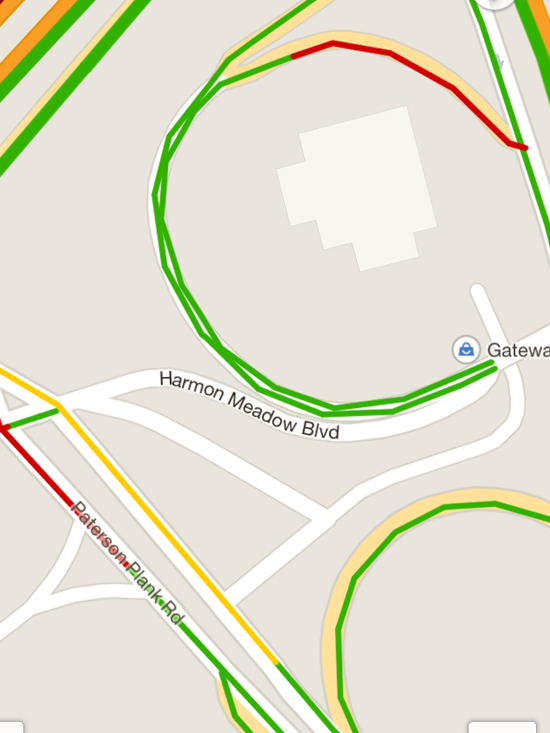 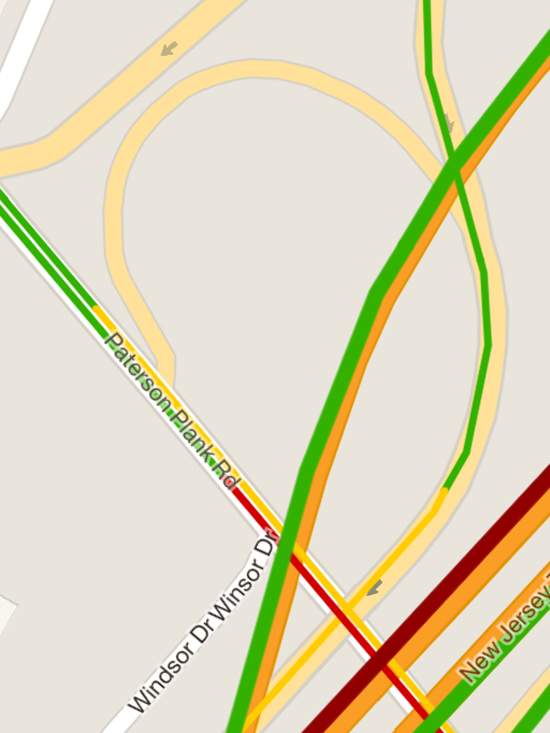 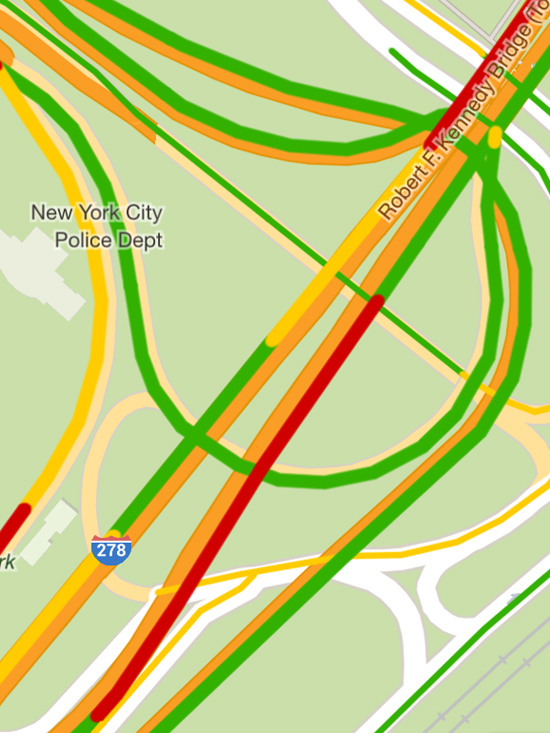 A Friday night departure from NYC necessitates looking at the traffic maps if one doesn’t want to get stuck in a major snarl. There are times, though, when looking at the map means nothing in terms of finding a way out. So, this past weekend, there we sat, somewhere in those dark red lines. I entertained myself by zooming in on the various traffic circles and arteries leading in and out of Manhattan. 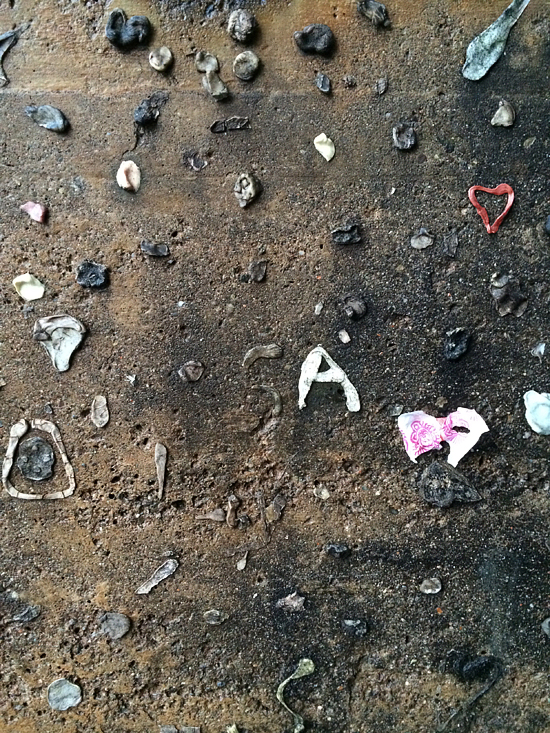 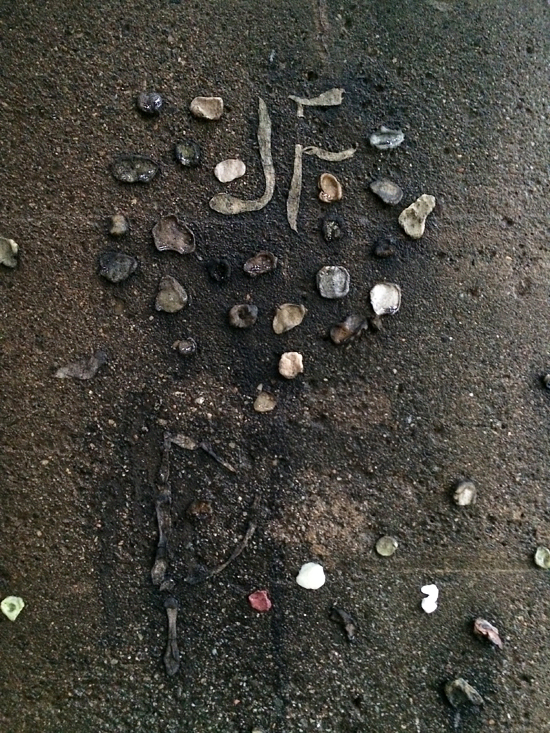 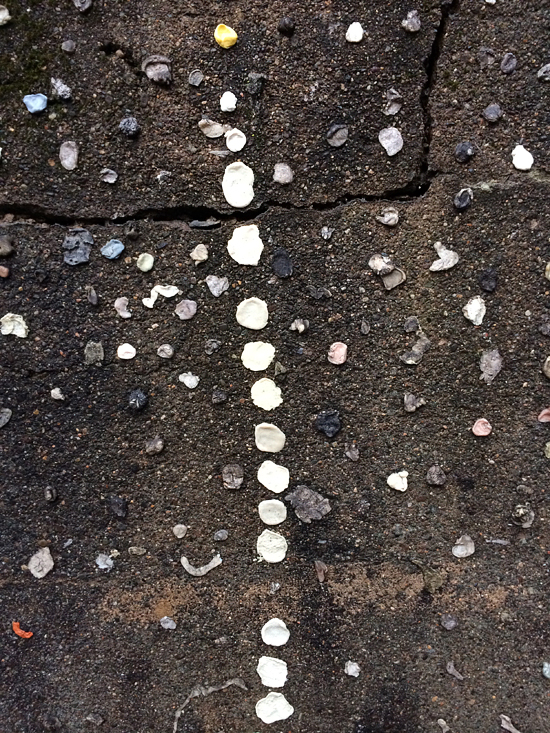 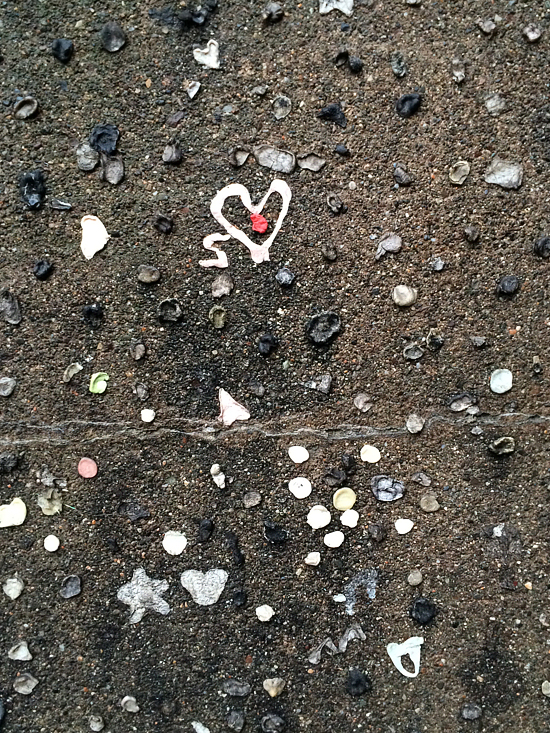 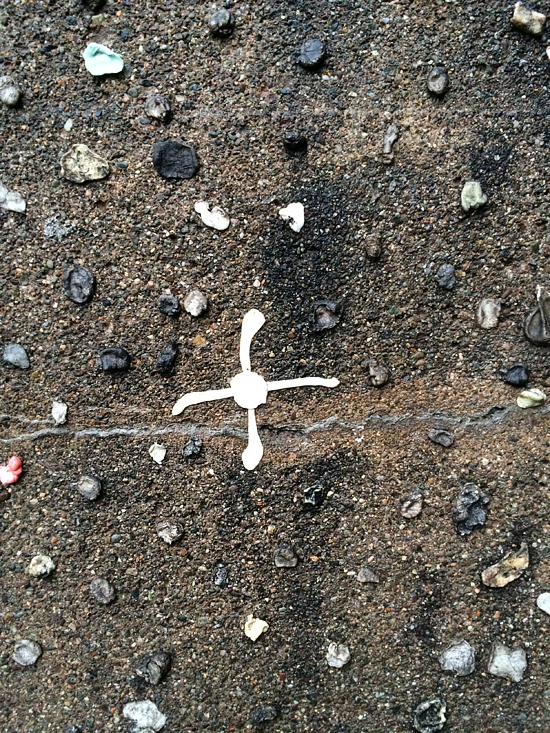 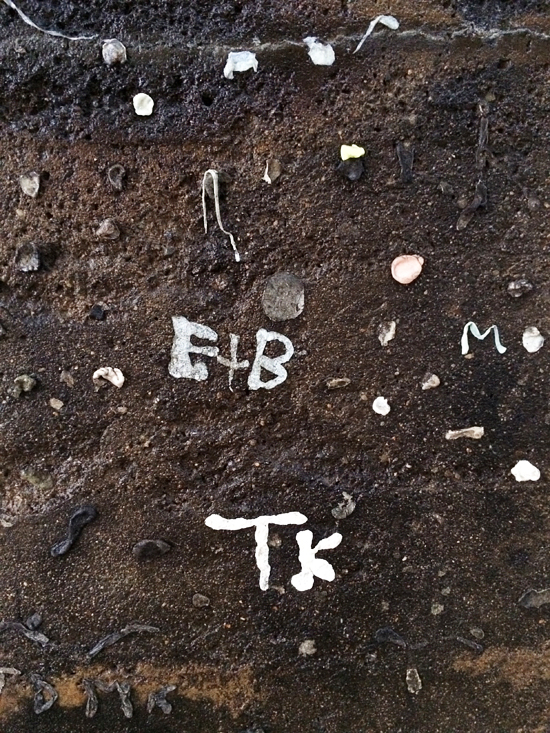 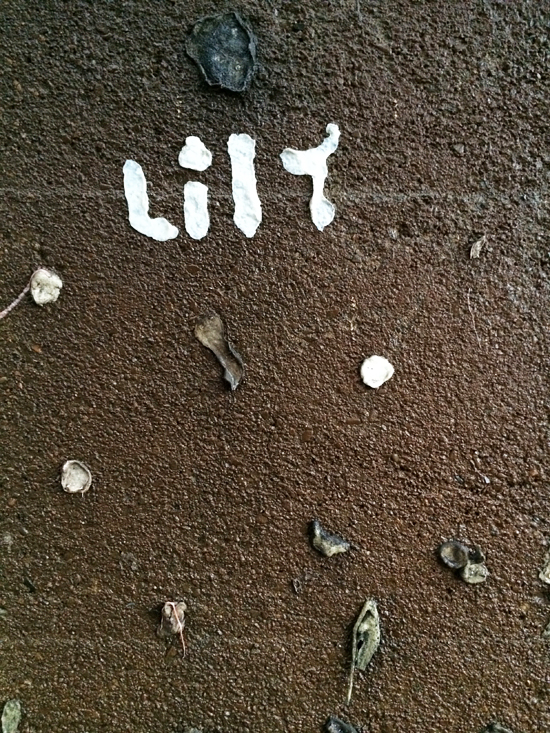 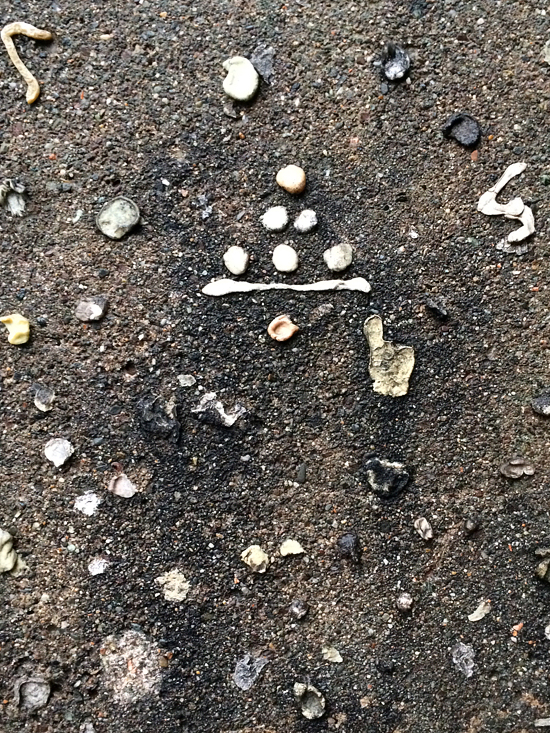 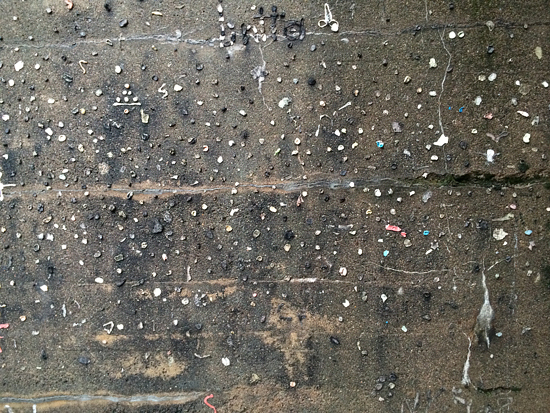 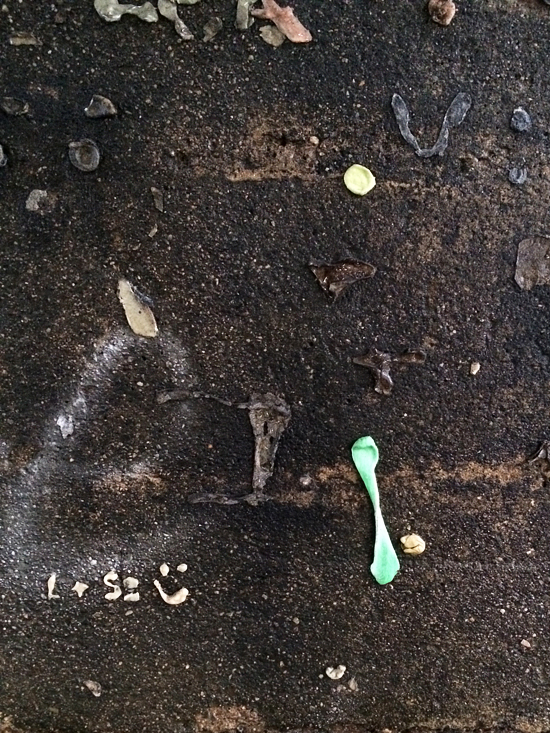 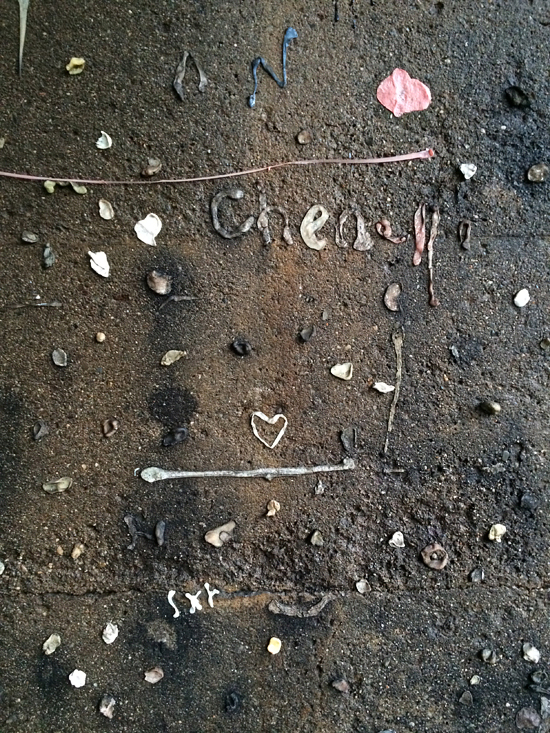 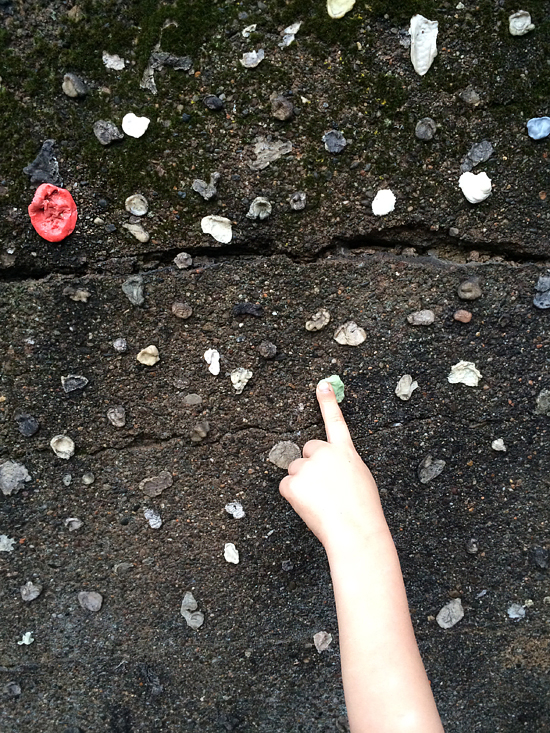 As kids, gum was not something we chewed often. The general prohibition might have had something to do with that Halloween when I was 5. My father brought home a bag of Dubble Bubble and, with the Guinness Book of World Records in mind, I proceeded to stuff all of the individually wrapped pieces into my mouth. Perhaps from the exhaustion of chewing, I then fell asleep. Overnight, I rolled in the giant pink wad. The next morning my mother had to cut off all my hair. The Maplewood, NJ wall of gum puts that isolated polymer gob to shame. The wall stretches at least 50 feet along an underpass close to the town’s middle school. Granted, NJ has nothing on either of the gum walls in Seattle or San Luis Obispo, but give it time. That last photo is of my nephew’s hand, proudly pointing out his very own addition to the collage. 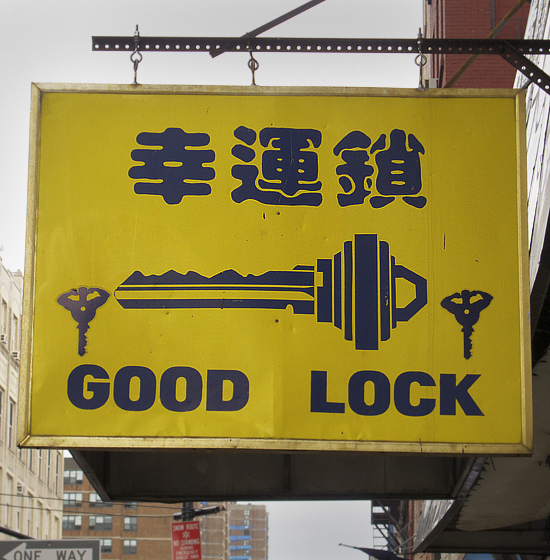 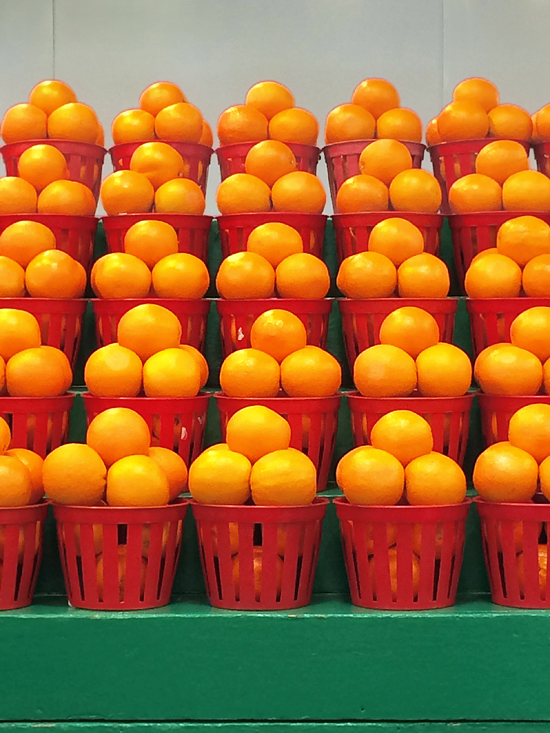 One photo of a locksmith’s sign in Chinatown and another of piles of oranges at the Jean Talon Market in Montreal. Both are harbingers of good lock. Or is it luck? Anyway, Happy New Year!!

Better than any museum or guided tour of Montreal was our visit to a really big industrial glass factory. We’re talking production of 500,000 beer bottles in any 24 hour period. This doesn’t include the liquor bottles, mayonnaise jars or other glass vessels that get produced at the same time. I’ve been to a number of factories (glass in particular), but this place was outright SCARY and DANGEROUS and LOUD and GREASY and BEYOND FASCINATING!! I think the word I am looking for here is gobsmacked!

Friends of friends of ours live in Montreal, and the husband works on the line in the factory. He very generously showed us around to every station of the plant. Truly, this was one of the most incredible experiences I have ever had. I do wish the videos were longer and that I could have taken more footage, but I think that would have broken the rules. What really stuck with me was the level of extreme hazard. I’m talking weaponized molten glass! We have come to think of factories as largely automated or adhering to strict safety measures, but this was anything but. One false move and WHAMMO…there goes your finger or your hand or, for that matter, your whole freakin’ arm. And this doesn’t even begin to address the slippery floor. All those machines need lubrication, and it’s inevitable that in the process of doing so, all the other surfaces get covered in many layers of black oil. It immediately brought to mind the book Fast Food Nation, in which the writer Eric Schlosser describes conditions in our nation’s meat packing industry. I have an entirely new level of respect, and concern, for anyone who manufactures the things we use. Especially at an industrial scale. As a contrast to my experience, look at this sanitized, but highly educational video of the glass making process.

Did I mention how hot it was?