I went for a walk this morning along the Brooklyn Bridge waterfront. The city has been working at a steady pace to create some public green space from the previously inaccessible concrete piers. I love a decrepit urban landscape as much as the next person, but to hear the sounds of all the birds this morning, in the barely leafing trees, made me appreciate the transformation. And while the finches above are playing a decidedly different and less melodious tune, I thought, why not. Video is courtesy of French artist, Céleste Boursier-Mougenot. It’s a little like watching a Sonic Youth concert, especially the part where the finch has a stick between the strings. 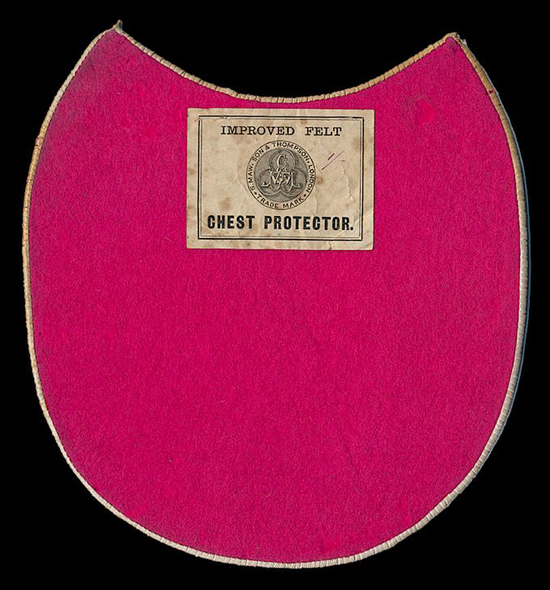 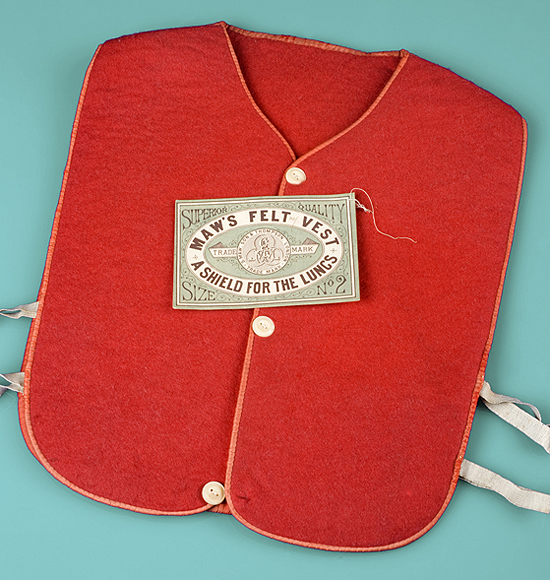 Lung preservers were recommended as a way of warding off dangerous chills, or worse. The beautiful pink specimen pictured above was found over at the spectacular graphic archive of Sheaff Ephemera. (A word of warning, their site is addictive.) The tomato-colored one is from the Science Museum of London’s website which chronicles the history of medicine. Times may have changed, but who says you can’t wear one of these anyway. 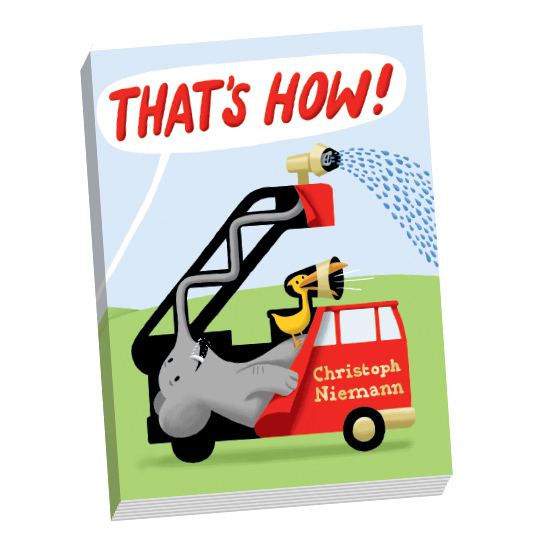 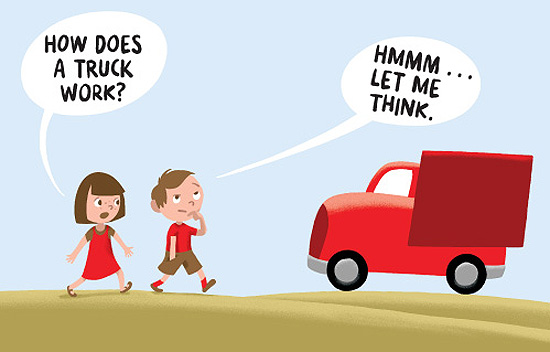 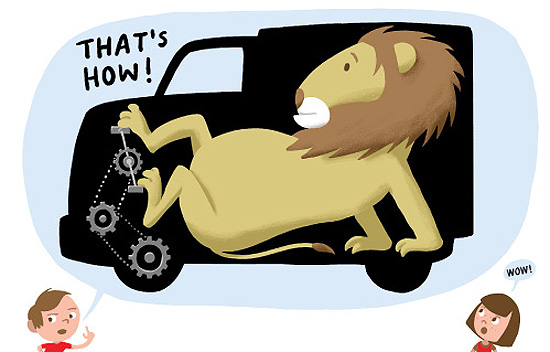 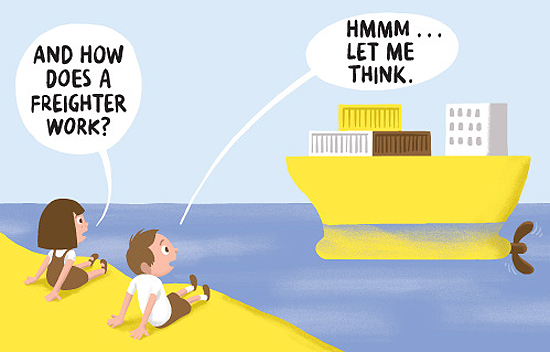 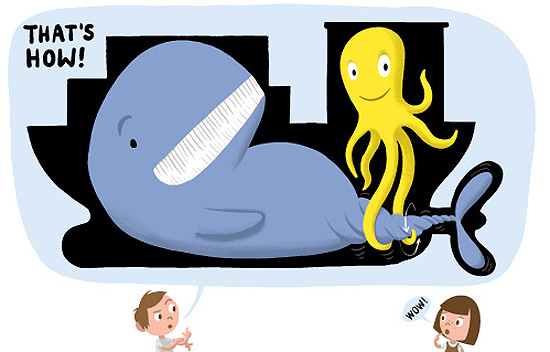 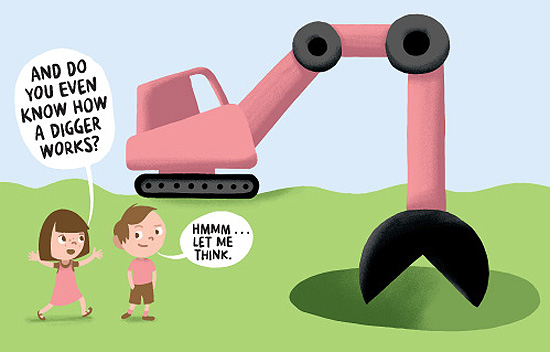 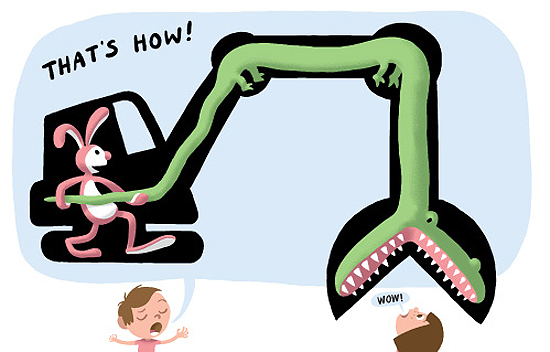 Just came back from Christoph Niemann’s archly funny talk, which was organized by Swiss Miss, for the fabulous monthly “breakfast” lecture series Creative Mornings. While I have paid attention to, and enjoyed Niemann’s work immensely over the years, I have never had the pleasure of hearing him speak. I now understand why the house was packed. The images above are from his forthcoming book entitled That’s How. It’s charming, offbeat and most definitely the product of a fertile mind and a gifted illustrator! 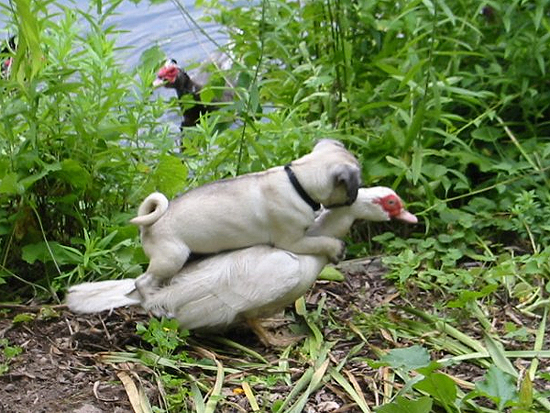 I don’t think there is any stranger picture of dog and ducks. That’s the late Eugene (a homely, but much beloved, muscovy duck) lurking in the background. For the sake of scale, it’s important to note that Pete the pug is still in his youth here. My friends Kevin and Kay are his guardians. This is their photo. And it has not been tinkered with in any way.

A Lot To Do 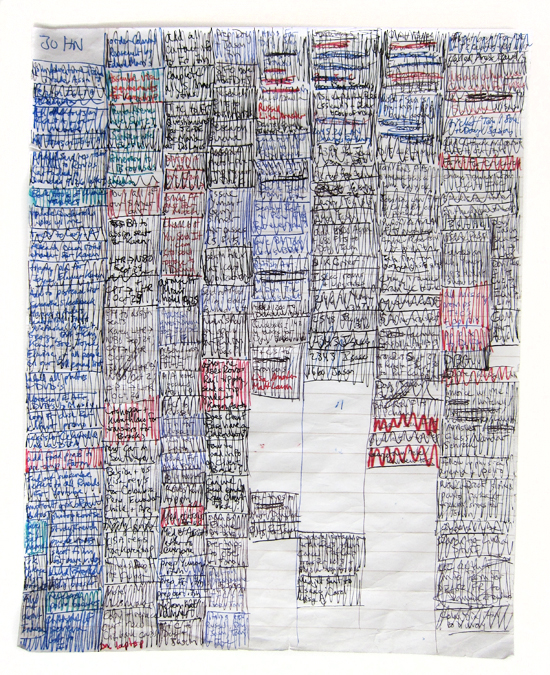 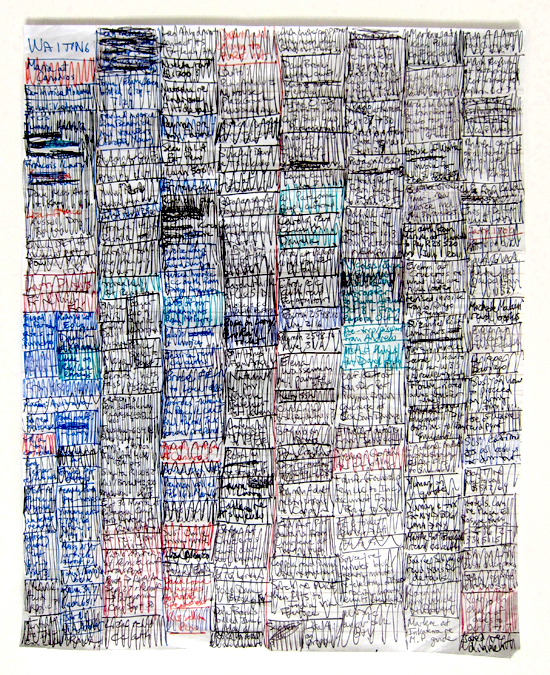 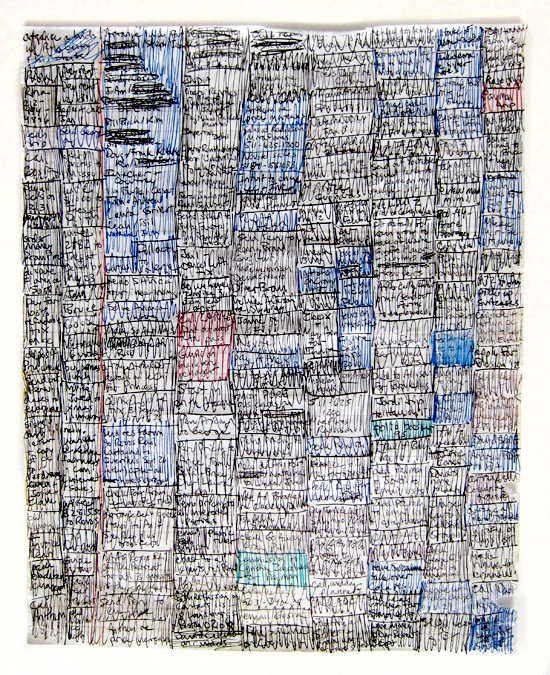 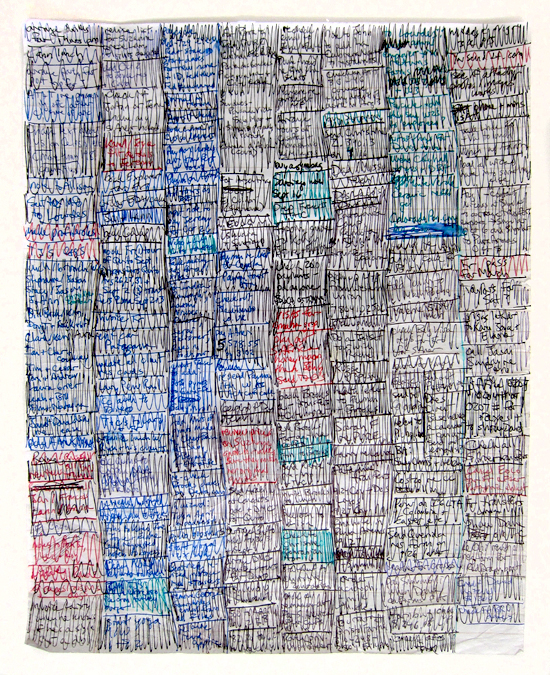 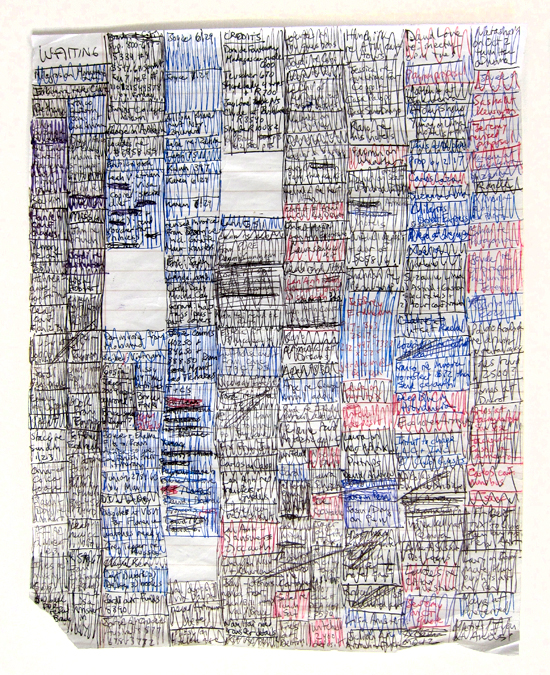 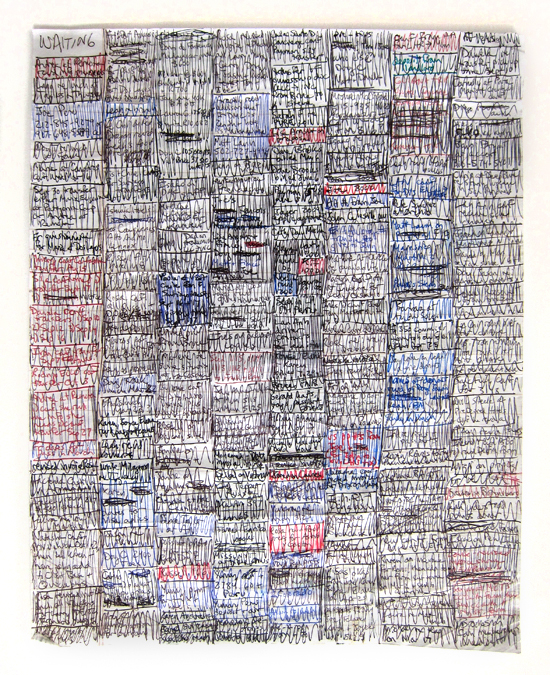 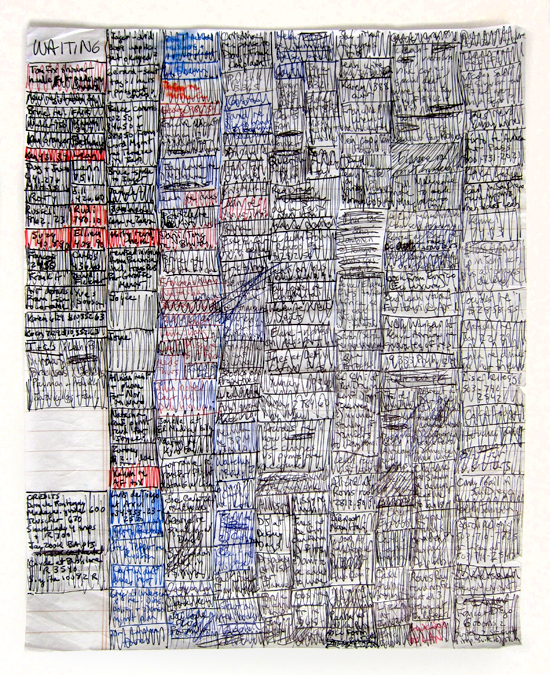 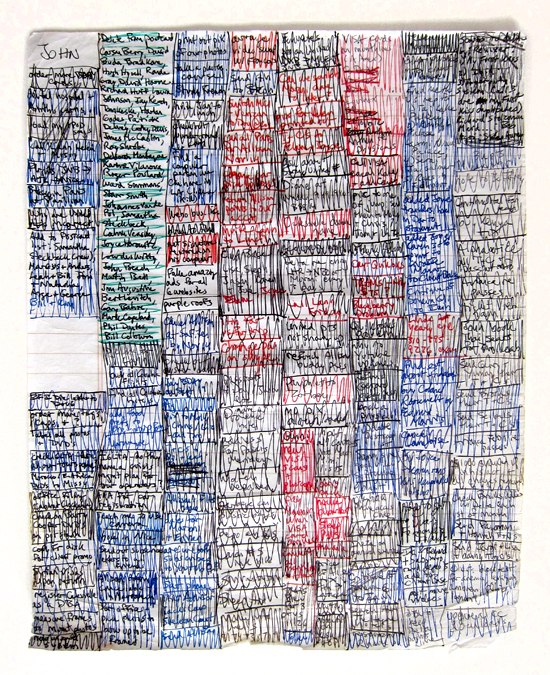 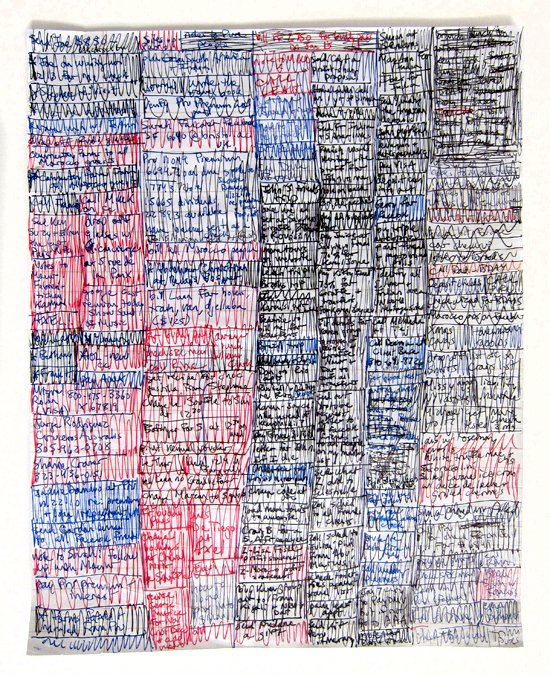 In this era of computer generated type, anything handwritten seems almost like a novelty. So, ever since I first saw one of my brother and his partner’s to do lists, I’ve been begging them to save each and every one of them for me. These guys are really really busy – they travel 8 months a year and run an amazing one-of-a-kind travel company – so it’s no wonder that they have a lot to tackle. Anyway, yesterday I received a Fed Ex delivery from them which, when opened, felt as though I had hit the motherlode: 9 of the most unintentionally beautiful patterns I have seen.