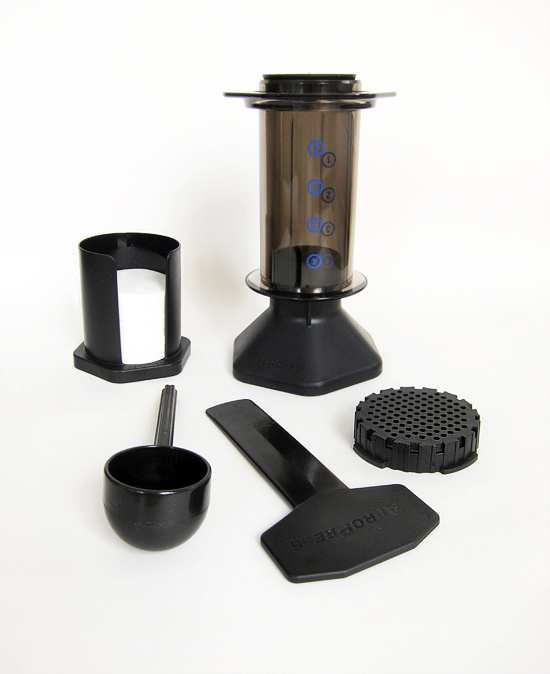 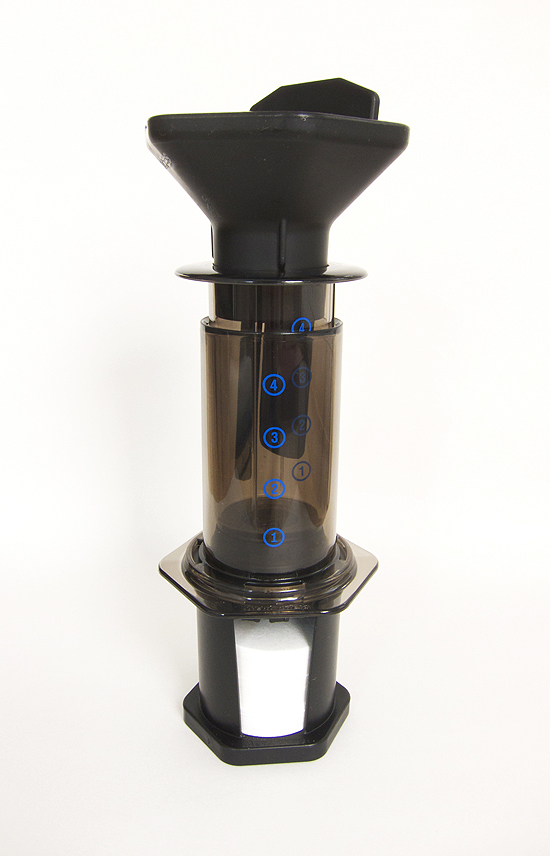 Curious to hear what you think of the brew! For me it seems to make something very similar to cold-brew coffee, which I can make in a pleasing glass jar – no parts, and far better to look at.

I’ve had one for a few months and there is some rationale behind the plastic, rather than glass design – including easier cleanup and portability while traveling. And I picked one up only after I saw how the high end coffee places in Manhattan were using them for more expensive blends.

The keys to using this successfully seem to be 1) use it upside down and 2) use only three of the parts.

I don’t remember where, but a bunch of people posted reviews on youtube, demonstrating all of this.